Having a remote meeting this morning on ransomware mitigation. Freddie and one of his contractors in our USA branch are demonstrating the use of eSATA for performing offline manual backups conveniently. Terry seems impressed so far.

mike @mike@macgirvin.com
A few years ago I found a utility I wrote in 1989 (in C on SunOS), and was surprised to find it compiled and ran without change under Linux. It isn't the interpreter/compiler you usually need to worry about. It's the operating system. If I had written it for  MS-DOS or Windows 2.x there's a snowball's chance in heck that I could get it to work 25+ years later.

At the time, the place I worked had lisp archives dating back to the early 70s. I think nearly all of them will still run today without modification. Because for these, the operating system was irrelevant. These were just pure logic and read from stdin and wrote to stdout - whatever the operating system decides those to be.
1
Tom Ryder boosted
Jul 20, 2021, 06:23

but we promise not to use crispr on humans for good, we'll even put up ethics board walls to prevent it being used to make humans superior

Please don't spam this channel with newbie questions about "help im drowning" and "gblrblgrlb" before reading the quickstart documentation, thanks

From my webserver logs:

Go off, my German friend. It’s a bit embarrassing that Terry and Bugsy haven’t seen me clean my keyboard before. Oh well―at least they’re having a good time. 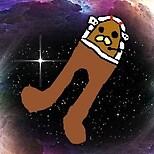 In this graph you'll see the total connected users per network in the last 8 weeks.

Damn it, I toot out a link to my off-Fedi friend's carefully thought-out post, and then @denza252 leaps up and boosts all of my shitposts instead

“People seem to think that the programmers have a reason for doing everything they do, that elements are put together in well thought-out ways from the top down. Really, that is a shiny, mystical illusion. It’s certainly what is aimed for, but the human element, our politics and beliefs, can really hamper that.” 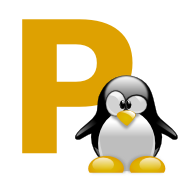 @architect I haven't read it personaly, but https://blog.sanctum.geek.nz/bash-quick-start-guide/

Is ptobably a good book one to recommend.

@tejr 's blog is one I keep returning to hopeing it's been updated.