I'm just some guy. Currently hacking on #Swift for work and #Idris for fun.

I wonder sometimes what the average not-especially-science-minded person thinks they mean when they say that “Isaac Newton discovered gravity.” Like, what previously-unknown fact specifically do they think he discovered?

"An ordinal is a downward-closed set of ordinals" thanks, I love it

I suspect that if Alonzo Church had known that people would one day have to write out the word 'lambda' over and over in their programs, he would have called it the
\-calculus instead

Can someone who knows a bit about constructivism and computational interpretation of logic tell me why call/cc doesn't suffice as a witness for double negation elimination? What’s not constructive about it?

Pro tip: being bad at saying “no” to requests does not make it everyone else’s responsibility to never make a request that you might want to say ”no” to

I think the real answer is "returning #f on error is and always has been a hack, compared to using a proper optional type"

Philosophical coding question. In #Racket (as with other #Scheme-based languages) it's common for procedures to return #f (false) to indicate failure. So the following one-liner is occasionally useful for simplifying code that deals with the output of such procedures:

But as written, this still returns #f, rather than the given default, if arg is not #f but (proc arg) is. The question is, is this a good or a bad thing?

Supposedly there are some who prefer rejection-sampling a d4, but those people don't deserve a voice in this poll

Which of these is the correct way to get a d3 result from a six-sided die?

Of 24803 registered third-level domain names in the .name tld, 15079 (~61%) of these have ns01.yahoodomains.jp and ns02.yahoodomains.jp given as their nameservers, but said servers refuse all record requests for these domains (even when coming from a VPN exit point in Japan).

Wait, it's not that they have no dns records, ns1.yahoodomains.jp is explicitly refusing to answer. Maybe region-locked? Curiouser and curiouser 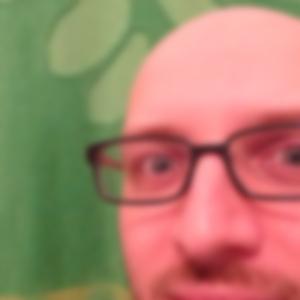 a popular myth is that people who are Very Computer have computers that work. nothing could be further from the truth. the Very Computer are capable of generating much more novel and fascinating ways to make computers not fucking work and exercise this capability wantonly

Whois information being as heavily redacted as it is these days, I can't really tell if these names are all owned by some Yahoo!-subsidiary holding company or all by different people or what

I've been digging through the zone file for .name, specifically looking at third-level registrations of actual personal names, and... a tremendous majority of these (I'd estimate 85-90%) are
* Japanese names
* with Tucows as registrar
* with Yahoo! Japan as reseller and nameservers ns#.yahoodomains.jp
* and with no records besides the NS records themselves
* but which have nonetheless been continually renewed for years.

What exactly is going on? What is Yahoo! doing with all these names?

I'm just some guy. Currently hacking on #Swift for work and #Idris for fun.