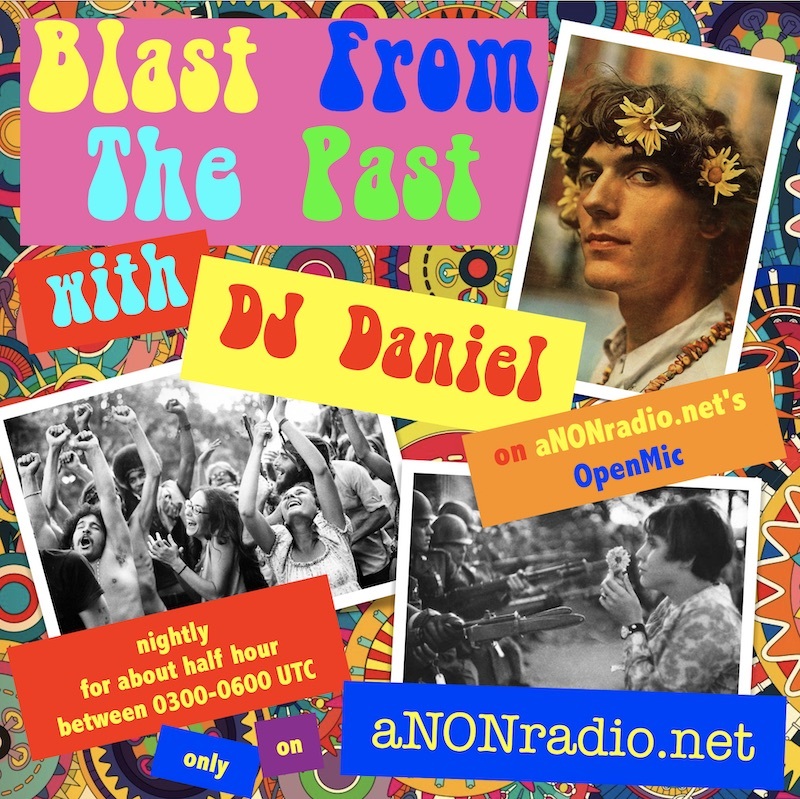 Missed my Gary Lewis & The Playboys Special on aNONradio.net OpenMic's #BlastFromThePast ? No worries. Pls listen to it from the link below:

Thank you for listening!

This has been #BlastFromThePast with DJ Daniel on #aNONradio .net's #OpenMic

FYI... this will only be a 30 minute show... so you too can try livestreaming on aNONradio.net's OpenMic --- anyone can stream! For instructions:

Just be mindful of others who would also be interested in livestreaming. Please no hogging of Port 8010 ❤️

coming up next on aNONradio.net's OpenMic

I will be featuring:

Greetings, friends & allies in the Fediverse....

Tonite during aNONradio.net's OpenMic I will be streaming a #BlastFromThePast special!

Gary Lewis & the Playboys were an American 1960s era pop and rock group, fronted by musician Gary Lewis, the son of comedian Jerry Lewis. They are best known for their 1965 Billboard Hot 100 number-one single "This Diamond Ring", which was the first of a string of hit singles they had in 1965 and 1966.

Thank you for listening to #BlastFromThePast with DJ Daniel on #aNONradio .net's #OpenMic

is it time for another

I made a new mix tape for you ❤️

Last night's Blast From The Past with Dj Daniel on aNONradio.net's OpenMic --- click play:

Thank you @snowdusk_ for curating my openmic shows

I played this earlier on aNONradio's OpenMic