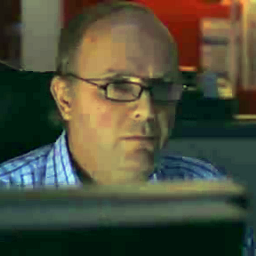 - Be nice to everyone, not only to people you want to bang. That's not how building friendships works. And you need friends.
- If the person you're replying to didn't ask a question, don't explain something. That's how you avoid being accused of mansplaining.
- Therapy is good, go there. It will help you to be less of an emotionally stunted a-hole.

Stop enabling evil. The men targeting Katie Bouman, who was a team lead on the Event Horizon Telescope project that produced that image of the black hole at the center of M87, are not "trolls". Trolls want to get a rise out of people. These men are not just trying to get a rise out of her or anyone else.

They are misogynists. They hate women and can't stand the idea of a woman being successful in science.

Call them what they are.

My other favourite Brexit description is:

"You can check-out
any time you like
But you can never leave!"

Traditionally at Halloween there is a thin veil between this life and the afterlife, which is why spirits could pass between the two realms. By choosing October 31st the EU Council are probably giving the UK a subtle coded message.

I'm looking forward to some suitably ghoulish cartoons on the subject.

Katie with her awesome stack of hard drives for #EHTBlackhole image data 😍.

Katie Bouman, the scientist behind the first image of a black hole. Katie created an algorithm that made the image possible #WomenInSTEM #womensart https://t.co/anjif88j52

UK #petition: If a petition is signed by over 10% of the electorate, hold a referendum

“If that many people across the UK sign a petition, the government should hold a referendum on the subject of the petition.”

Excuse me a moment. Aaaaarrrgh!!! Sorry about that. House moving angst. Feeling much better for a virtual scream.

This is the Fortingall Yew in Scotland, and at between 2000 and 3000 years old, it's one of the oldest living things in Europe.

Yew trees are dioecious, meaning that individual trees are mostly either male or female. But some yew trees are both. Others, transition from one to the other over time. The Fortingall Yew was once a male tree, but it's recently started growing female flowers and producing berries.

So it turns out, trees can be both nonbinary and trans too.

With the increase in webapps, and userfriendly #Linux desktops, with #LibreOffice being an incredible office suite and playing well with Microsoft standards, with #FreeIPA as a decent authentication server, using #Ansible for configuration, and with many more #opensource alternatives, I only see one barrier to organizations who want to work with #FOSS: knowledge.

I'm considering starting a blog or YouTube channel to share our opensource adventure. We need to stop reinventing the wheel.

Who has the bunting out, and a street party organised for "independence day"?

It's not undermining democracy, IT IS democracy. 😠

Folks on Twitter seem to be earnestly saying that a petition with heading-for-4-million signatures is trying to undermine democracy, and it makes me angry! What the heck *is* democracy if it isn't the voices of a significant proportion of the population speaking en masse in an attempt to be heard and to influence government? Like, that's what the government is *for*, we made it to serve us, it only works if they listen, they're not listening so we need to get their attention.

The perils of cursive

"The people voted for pain."
Prime Minister
Theresa May

A significant factor is messaging these provide to opposing political parties. Although "the government" may not act on such feedback, often responding in generic tones, as a litmus test of public opinion - they DO serve an important comms purpose.

We're ALL burned out by Brexit

I refuse to bow & accept "the government" view as the only valid perspective, however. Realtime feedback matters. Don't stop fighting for representation!