(Part one of two parts)

Christmas 1972. Forty-eight years ago, I knelt beside my bunk in the barracks on the naval base in Japan. I’d recently finished Hal Lindsay’s, The Late Great Planet Earth. His references to Jesus the Messiah in my Jewish Bible astounded me.

I was 22 at the time and had never opened a Bible, and certainly had never heard of the many prophecies in the Jewish Bible that referred to Messiah Jesus. Isaiah 7, Isaiah 53, Psalm 22, and Micah 5, are just a few that come immediately to mind. But there they were, pulsating on the pages as I read his book.

Still skeptical, I walked the two blocks to the base chapel and asked the Jewish chaplain if I could borrow a Bible. I took it back to my room to verify the texts Lindsay quoted were really in there.

Forty-eight years ago I could not have known the twists and turns my life would take, and how each twist and turn would lead me ultimately to where I am today on December 25, 2020. But it all began as I knelt by my bunk, the Holy Spirit, having shown me through my Jewish Bible the truth about sin and judgment, but also about mercy and forgiveness, I stared at the clouds beyond my window and said to God, “I believe Jesus is the Messiah.”

Six words. But unspoken in those six words, yet resolute in my heart as I spoke them, was my promise to God of my commitment to Him.

I didn’t know the prayer of St. Ignatius of Loyola at the time – but I meant every syllable:
"Take, O Lord, and receive my entire liberty, my memory, my understanding and my whole will. All that I am and all that I possess You have given me: I surrender it all to You to be disposed of according to Your will. Give me only Your love and Your grace; with these I will be rich enough, and will desire nothing more. Amen."

Have I failed Him in those 48 years? Many times. Has God forgiven me, reconciled me, redirected me? Every time I confessed and repented of my sin. Every time.

Forty-eight years. Over and over and again and again I have fallen to my knees and re-committed myself to my God and Savior.

But the point of this story is NOT about me. It’s about you.

You were brought into the Church as a baby through your baptism. But as an adult, how long has it been since you said to God something like St. Ignatius’ prayer?

Why did Tusky add a confirmation pop-up before boosting?

Also, can we make a point of always calling it Microsoft #GitHub from now on please? Thanks.

Moon, Mars, Jupiter, and Saturn all in the sky now. With all that mass on one side of the Solar System, it will all get thrown out of whack!

Making a promise to myself to stay away from the Fediverse timeline. ;)

Any of my multitude of followers awake? Have a martini with me. ;)

@snowdusk Wasabi request: I Ran by Flock of Seagulls, please

Wrote my first variadic function in #plan9 C, added symmetry and extrude functions. Making little houses like this one is super simple.

The symmetry has an edge offset bug, but I'm trying to figure that one out, see the diagonal? not supposed to be there.

where most people just need to access a web browser, almost any linux distribution will work for them...as long as the hardware works for them 'out of the box'.

you don't want a person's first experience of linux to be dealing with modprobe and other driver garbage.

so if they can flash a USB drive, they can try almost any distro risk free to see if it detects hardware, and see the interface.

@papa I think Kubuntu with KDE window manager (the style of interface) is a pretty friendly one.

ubuntu with gnome window manager is good too.

the best part of these 'basic' ones is there are so many resources online for when you need help.

i tried others like Tails (too specific in purpose), Qubes (too difficult), Manjaro (very different than ubuntu) but I like the look and feel of KDE the best.

Others have suggested Mint and Elementary (Mac like interface) too.

@if So in UNIX everything is supposed to be a file you know but these Berkeley kids got ahold of the AT&T source code and they made TCP/IP which is good, but they made it with new special system calls some of which need you to be some specific user (root), instead of just filesystem permissions, which is bad. So that was the beginning of things in UNIX going terribly wrong, not that it was very good anyway, since it was made for a VAX. That's now OpenBSD, which is quite nice in comparison to the horrors it spawned, ironically.

So Plan 9 was stepping back and really building a new system from scratch from the UNIX philosophies, with no little to no care for backwards compatibility or any of it's historical baggage. This time, everything really was a file, everything was built under the assumption that your resources were networked together. You'd have a small terminal that would use the CPU of a remote machine all in your filesystem namespace mounted from another system! C was changed in incompatible ways, multithreading was an assumption, dirty system details like endianess were handled automatically deep inside the C library, and above all one of Plan 9 biggest contributions to technology was an assumption: UTF-8. Yep UTF-8 started here, and every part of the system uses it. Then of course they took the same approach with the mouse and graphical facilities, the GUI isn't first class on Plan 9, it's the only real way to use it and it's built entirely with a filesystem interface. Mouse chording and all three buttons are used throughout the GUI in applications to make using them fast and efficient. And while it's window management facilities can seem primitive you can extend them by writing your own simple software that accesses the interface and adds tabs or whatever you like (or use an existing one). Or, nest Rio!
And to explain that I have to talk about namespace now, on Plan 9 every process has its own unique view of the file system, your / can be whatever you want it to be per process with no privileges other than you can access files you don't have access to. Or any other folder. So, on Plan 9 every application as far as it can tell, is the only application on a screen that is your current window size. When you open a graphical application in your terminal, that window will just turn into your application. It can't see out of its namespace, that window is the whole world for every application started in it. And what this means is you can arbitrary nest your window manager, make a window and run Rio and you have a virtual desktop! Namespaces are used everywhere, they can even be used to overlay folders over each other, so you could mount your user /bin folder over the system one for example! There's also a filesystem interface you mount that is made for message passing between processes in different namespaces, that works because namespaces.

Overall, Plan 9, and I suggest you use the 9front fork is the OS of the future, yesterday, and it's simply nice to use and program on unlike anything else I've used. You don't get this level of enlightened without a lisp machine usually.
1+
papa boosted
Aug 10, 2020, 03:09

windows is actually GOOD because when a friend tells me "man my computer is so slow", i tell them, "just give it to me"

they do, i install linux and can still get many more years of life from it.

gotten most of my computers i'm using right now like that :D

gotten my wife into privacy and security more and more...

omg guys, she even asked me how to use Linux and i showed her. she's going to try using linux on her work laptop. i made it dual-boot for her.

crossing my fingers and hope it goes well for her.

So if I want to do a python GUI on linux, just for personal use, what would y'all recommend? GTK> Tkinter? QT? Or is there something else really good? I don't need a lot, I just want it to be easy, reasonably full featured, and not randomly break in 3 months when I haven't touched it. :/

Astronomy Picture of the Day @APoD@botsin.space

Europa and Jupiter from Voyager 1 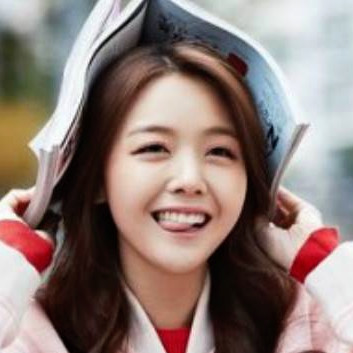 Today at the playground I learned of a gruesome injury that ER staff call "slide leg". When a parent and little kid go down a slide together, and the little kid gets their leg caught on something, the extra momentum from the parent's big body can cause the leg to...well...let's just say today we met a 2 year-old boy with a full leg cast, a victim of "slide leg", and the story sounded indeed quite gruesome.

Kiddo generally only goes down the slide solo, anyway, but now I'll be quite strict about that.