The web wasn't lost by people posting baby pictures to Facebook. The web was lost when Google leveraged market dominance to enact a complete abrogation of web standards -- since the HTML 'standard' is now a 'Living Document,' the standard is "do whatever Chrome does," which is an unattainable goal.

There are four voting members of WHATWG. Two of them use Google's web rendering engine. A third is entirely financially dependent on Google. The other one is Apple. Who speaks for you? Nobody.

The trick to this seems to be to gain a majority share of a given committee, then release an updated set of standards that nobody on Earth has the labor availability to enact.

Once your competitors fall behind your breakneck feature pace, look around and say "oh well, we're the only ones who matter, since nobody else is doing this!" and declare the matter closed.

@khm
I don't really buy it.
I mean Chrome controls HTML not through the committee, they control HTML because everyone uses Chrome (except iOS, where Apple outright forbids it).

Also MS using Chrome engine doesn't mean they have no say at all, if Google pushes out a feature MS doesn't like, they can just disable it in their version.

Point is, standards aren't made by committee, they're made by pushing out "experimental" features, land-grabbing market share, then documenting them ex-post.

@khm
Risk is that they'll create a "DRM webpage" feature where ad-blocking is impossible. Then web developers will use this so they can monetize websites easier. But even with overwhelming market share there are still a million things that can go wrong with such a plan as that.

@cjd @khm I don't know if you're referencing "Web Bundles", but in case you aren't: It's the latest Google thing to block the blockers.

@garrett @khm
Thing is, a Googler with a spec sheet and a deadline is no Tim Berners-Lee, or dare I say, Theodore Nelson. While he's desperately trying to convince himself that his overlords will NOT just bolt DRM to his creation the moment it gets traction, he's not going to do amazing work.

Which gets to the heart of Google's problem, they're creatively uninspired.

@cjd I agree with your last point, but that only works once you've broken the standards committees. Google tried to ignore them, then wound up having to go back and form WHATWG anyway, because the W3C wouldn't be distracted from standards-based protocols.

Microsoft won't devote sufficient labor expenditure to deviate from core Blink features, in my estimation. If they tried it, there would be a user revolt once Youtube got slow, or GMail glitched, or any of the other tricks Google pulls.

GPIO27   @bamfic@hub.spaz.org
@khm As a friend said 25 years ago: "Whomever cheapens the standards first, wins".

He was speaking more of an embrace and extend strategy, but regulatory capture as you've outlined here is even better, then your embracing and extending can actually be part of a standard and still serve as a barrier to entry.
0
Sep 15, 2020, 10:41

@khm thank you for describing the problem, I agree. What is the solution? How we slow down the web standards approval?

@af I'm not sure the web is worth saving and I don't know how we could if we wanted to. All we can do to prevent this sort of thing from happening to other protocols is participate in the standards process and demand adherence to the standards we have.

@khm I remember when "embrace and extend" was associated with Microsoft, not Google. 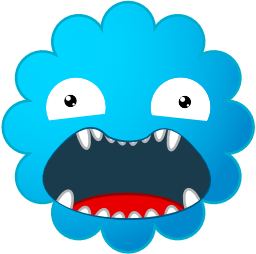 @thor @amolith Once upon a time, we all had it. It was a collaborative effort amongst people, rather than a playground for (and controlled by) advertising agencies.

If you're ever after some fascinating reading, the www-talk mailing list was where people shaped the web. It looked then like some efforts look today, especially the people working on the Gemini protocol.

@thor@pl.thj.no
@khm @amolith hasn't there always been some kind of board who makes the final call? as for the web standards, apart from the massive level of effort required to implement them all, where are the bits of them that were made for the benefit of advertisers? can't say i've seen any when browsing, say, the docs at men...
1+
Sep 15, 2020, 04:59

They're all over the place.
https://developer.mozilla.org/en-US/docs/Web/API/Navigator/sendBeacon

@khm
AFAIK W3C is still the decision body whereas WHATWG is only proposing solutions to W3C. So yes, there is a severe monopolization problem with weak Firefox and strong chrome(ium) browsers, but WHATWG is probably not a root cause.

@SebastianGallehr No. As of a year ago the W3C has wholly abdicated control of the HTML and DOM standards to WHATWG: https://www.w3.org/2019/04/WHATWG-W3C-MOU.html

All the W3C can do now is rubber-stamp whatever WHATWG churns out.

Yeah. Its so frustrating that the web developers actually support this bloated web with all the specifications.

There doesn't need to be one app to rule them all. You don't need the biggest profit by sacrificing everything else. We can all coexist.

@khm Wasn't the third laid off from his company recently ?

@usul This is a good point -- long after Mozilla lays off all their developers and gives up entirely on software engineering, two things will remain: their paycheck from Google and their voting membership on WHATWG.

@khm couldn't we just make a new root dns and make our own internet with he same ip scheme?

@imnotafeline That would buy time, but once it got popular the same people would find a way in and start ruining things again. Plus, it doesn't fix how complex the web has become.

@khm Interesting how many “standards” are linked to one monolithic company. PDF?

@khm
It's very reductionist to simply blame Google for this. How many browsers are based on Chromium? Microsoft Edge? Brave? Opera? Vivaldi?

@ScottMortimer How many of those vendors are represented in standards bodies? How many of them participate in the CA/Browser forum?

If you want to see reduction, you should check out the list of companies contributing to web standards development.

Of course I'm oversimplifying in a three-hundred character post, but no other company has conducted warfare against the open web as persistently, thoroughly, resourcefully, or successfully as Google.

@khm As much as I love reminding everyone how Google is an evil mind control cult which must be stopped… I can’t blame them for making the web terrible.

The first big blow to the Internet was a company called America OnLine, who ran a blitzkrieg ad campaign littering people’s lawns with CDs of how to buy their company’s new product: the Internet. People call it Eternal September, since September was know as a time when a lot of clueless new students discovered the Internet and made trouble. That September, AOL drove up demand so high that existing decentralized systems had no time to adapt and were quickly overwhelmed. And corporations were ready to take over.

The Netscape corporation promised to bring a multimedia experience to the Internet, all while cementing a centralized unscalable infrastructure. They had no support for multihoming, and their caching algorithms were designed to give the server control of your computer, leaving you with nothing to do but wish that your browser hadn’t deleted its last cached copy of a website. They ignored existing encryption schemes, and instead designed a protection racket they called SSL. And of course the demand for bandwidth to transmit images, then video, in real time, with Netscape helpfully breaking and failing when you don’t, drove everyone straight back to IBM style mainframe servers, also known as “The Cloud.”

That was around the time Google started taking over quietly behind the scenes with that “investing profits into options” scam which works so well. Things were already going downhill though.

That’s what I remember, at least…

@cy My memory agrees with yours, but I can't find evidence that the people behind the wheel at Netscape were actually evil.

Even if they were, at least they also had the grace to be incompetent.

Agris Viridi   @Agris@tailswish.industries
@khm XHTML1.1 is still good and there are validators for.
0
Sign in to participate in the conversation