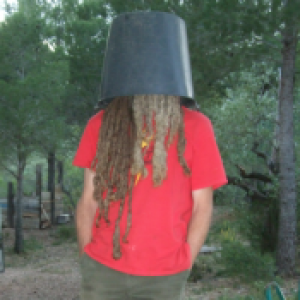 elmussol @elmussol@elsmussols.net
I was originally going to call this "What the fuck is wrong with the UK?", but I used the tag #neoliberalhellhole  some time ago so I know the answer really.

My son is homeless in the UK. He has been between homeless hostals, the streets and acquaintances' sofas since August last year. In addition to his Type 1 Narcolepsy with Cataplexy diagnosis, he needs a hip replacement (diagnosed at an Accident and Emergency admission before Easter). "Go to your Doctor for a referral and some pain meds." they said. Easy enough except for lockdown. So triage is done by phone. Except he doesn't have a phone (stolen in the attack that led to the A&E admission). So, what happens? We get a friend in the UK to phone the doctor for an emergency appointment. Absolutely no dice -- "No exceptions will be made. If it's an emergency go to A&E."

Meanwhile, the Department of Works and Pensions have fucked up his benefit claim, so he has had no money for six weeks. All DWP offices are closed to the public so the only way to attempt progress is by phone.

Meanwhile, his only support worker (from another agency) has been "unavailable" to intervene on his behalf for four weeks now.

You may have read that the UK has set up centres and requisitioned hotels for the homeless to keep them safer. His entitlement: three nights since the beginning of lockdown, so far.

You want to know what austerity means in concrete terms? The British state is knowingly and consciously trying to kill my son.

There is so much more to say about this but I am raging and emotionally spent and I have a distraught Ben to deal with.
1+

@elmussol That's terrible. And obviously there's nothing you can do from here. No more family that he can resort to either I guess.