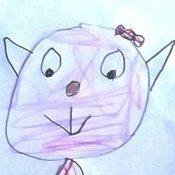 > It was fun while it lasted,
but there is a time for everything.
by Lars Aronsson, December 2020

I founded Project Runeberg in December 1992, 28 years ago, and has managed it almost single-handedly since then.

Wow, I always assumed, for the last 20 years, that there was a small sustained team at Lysator (on of Linköping University's computer clubs) that kept all this alive.

> The project is very vulnerable to attacks. Intentional abuse can quickly get out of hand. [ . . . ] Fortunately, Project Runeberg has had no cases of intentional abuse, which is amazing. But in a handful of cases, there have been overly enthusiastic proofreading volunteers [ . . . ] And for me, trying to lead and develop the project, supporting such users has taken an increasing fraction of my own volunteer time, which is why I decided on December 18, to close the project to editing.