2. Many disabled workers could have been working from home, but corporations just didn't want them to.

3. Internet is a utility, not a luxury.

4. Universal healthcare is a necessity.

@Ricardus I've been for many job interviews in the last few years. On most occasions I asked if I could do it remotely and the answer was always no.

This needs to change not only from a health point of view but also for the environment. A lot of commuting by car must be happening simply because bosses want to have the capability to physically intimidate their staff.

Bricky @thatbrickster@shitposter.club
@ricardus
5. Countries that did not close their borders or impose travel bans are the ones that are still trying to contain the virus.
0
Mar 13, 2020, 10:01

@Ricardus That conclusion could be extended to having that work done in a cheaper part of the world, perhaps?
Having management discover how much works remotely is not necessarily a blessing...

@mjjzf @Ricardus They already knew. Why do you think so many customer call centers are located in India?

@bong_jamesbong2001 @Ricardus True, but in many cases companies have insisted on a local presence for services in practice handled without contact. My wife works for a company that develops, produces and sells medical devices. If you call downstairs to the workshop in the everyday flow, that call will go through if you are 10 yards, 10 miles or 1000 miles away...
But a lot is lost. The watercooler effect is both social and knowing internal conditions. I feel I am losing my team by working remote

@mjjzf @Ricardus One source has suggested that you form mini-remote teams that work together remotely, to reduce sense of detachment from the firm.

@mjjzf @bong_jamesbong2001 The reality is we're going to lose a lot of things. But to cut to the chase here, we all need to accept and move on. It's a pandemic.

So yes, there are solutions to some things, and let us leverage those. But we need to lower the curve.

@Ricardus all I think it has proven is how dumbed down the public has become.
Covid was in the seasonal USA flu and ignored. It originated therel
https://www.weforum.org/agenda/2020/03/coronavirus-keep-things-in-perspective-reasons-not-to-panic/

@Ricardus Well. That however only applies to all kinds of jobs that somehow involve working on a computer and in an office environment. I wonder whether this is a majority of jobs today, just talking about employees in hospitals and health care, people working in grocery stores and shops, people employed in public transport, people working for fire departments and emergency services, people working on construction sites and in craftman workshops. Is having a job that "only" relies upon a ...

@Ricardus ... computer and internet connectivity and doesn't impose any other requirements (such as physical presence and interaction with people, physically) something we can taken as granted these days, or is it rather something we should consider a privilege?

5. Infrastructure that benefits the public (hospitals, …) can be built quickly and the cost is negligible compared to the alternative

The skilled labour required to operate those hospitals, etc. are only capable of so much load, and in many countries it was strained even before the outbreak.

As for building quickly, field hospitals have existed for a very long time. But we've also seen how constructing facilities cheaply or in a rush can *facilitate* outbreaks. You need care in things like HVAC systems and areas meant to be sterilized for instance. Cutting corners for time can make things worse.

The quickly built hospitals China is tossing up are basically glorified field hospitals, intended to be torn down again in only a year or so. This isn't meant to be permanent infrastructure, it's a desperation move.

@nerthos@shitposter.club
@ricardus I am not equipped to "fuck", I am equipped to end the Red Menace that looms over hard working Americans


Also consider: if you had simply closed the borders, there would have been no need to close anything. Russia did and they have a grand total of 11 cases as of today. You will not succeed at using a health crisis of your own making to destroy the living standards of the western world.
1+
Mar 13, 2020, 20:37

@nerthos There is no red menace. Please get the psychiatric help you need.

Elfie @Elfie@neckbeard.xyz
@Ricardus
So the left doesn't exist and China isn't Communist it's just... An illusion

@nerthos @Ricardus socialism has nothing to do with communism. Go read a book

It's worth noting that in a lot of places the infrastructure to handle that many remote workers cannot handle the load.

A lot of jobs still can't be done remotely. Food service, a considerable amount of retail, transit, all sorts of essential services, etc. But yes, a lot of office jobs can be done wherever so long as they don't require actual paper being handled.

@Ricardus
for 4: universal healthcare is not a magic wand that will make new hospitals appear when the current ones are overrun with Covid19 patients

@boilingsteam @Ricardus
However an organised national healthcare system can plan and allocate resources as needed, whereas private health systems consisting of competing insurance companies and private providers have no system of nationwide coordination, mainly as they are designed for profit, not people.
If you are told to stay at home for 14 days, and you can't pay your rent or buy food, would you?
Would you bankrupt yourself paying for private care?

@Ricardus
I am in wide agreement with your post.
I was replying to the comment by @boilingsteam

I was reading a study comparing European countries' health care. The UK NHS was rated in the middle, not great, not terrible. The ones rated the best were not centrally planned, but all were paid for out of taxes in some way.

It seemed that having independent providers competing produced a higher level of health care than the single state run ones.

All of those systems had some form of tax payer paid reimbursement of bills produced by the health care providers.

(I don't have a link to the study, and it was a while ago that I read it)

In times of emergency, clearly a centrally organised system could work better, but if it works badly the whole system will be bad. A group of independent providers is less organised, but doesn't suffer from the possibility of being 100% bad.

In emergencies someone has to pull people together, and that is probably the government, but I doubt that the politburo is the best group to be in control all year round.

"Universal Healthcare" is neither a necessity nor a right.

7. Relying on global trade is a sure-fire way to find yourself on the receiving end of someone else's disaster when trade invariably gets disrupted.

@TheUnderdog Borders work at what? Being a good line on a map? That's about it.

@Ricardus So you think opening up infected people from quarantine is an excellent idea?

Great, arrange yourself a trip down to the nearest infectious unit ward and ask them to remove the plastic lining. Obvious borders and walls don't work.

(I'm sure the prisoners will be happy to hear that.)

@TheUnderdog You know you're just arguing nonsense, right? Where did I say any of that stuff. Please go away.

@Ricardus You want me to go away because you can't refute any of my points (it's pretty obvious you're just regurgitating Democrat talking points).

Your suggestion borders are 'just a line on a map' is false, given in some landmasses it's a body of water (coastal regions) and in some cases there is actually a physical wall (the US). The fact walls can physically stop at the border, and more importantly, border enforcement can, reduces the spread.

It is, after all, why wards have flimsy plastic sheeting for quarantine. The mere concept of enforcement is sufficient to deter spread. In-cases where something stringent is required, say a wall at a prison, it still works to stop escapes. Such walls exist, and remember I said "border *controls*" work (which is what you disagreed with), and not some imaginary geographic borders.

A form of border control - between one bed and another.

5. your supervisor threatening you with disciplinary action into coming to work sick unless you can get a doctor's note that you probably can't afford, then not providing paid sick leave, therefore further reducing your ability to pay that doctor's bill and disincentivizing your ever doing it again-

@cluster_b_clusterfuck Yes. So we need to be talking about these alternative ideas so that when things get better, hopefully we can have change.

but companies will sue you for exposing this disparity

[PS - I hope someone is archiving this list for the inquest]

@float13 @Ricardus I really wish this was surprising.

@Ricardus this is a superb Toot. Sums it up nicely.

@Ricardus
Murcia doesn't need healthcare, only the nerd commie need it.
Dreaming in church can cure all the American flu. 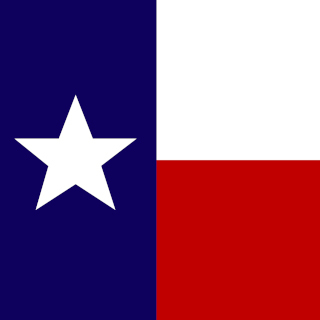 Account: Politics @union@mu.zaitcev.nu
@Ricardus I'm calling bs on that #4. Universal healthcare makes it worse, if anything. It's always under capacity and all it does is making rationing more severe.
1
Mar 17, 2020, 13:43

@union that's a common talking point but it's not true. certainly not anymore true than here in the US. but the key is general health. people would be able to stay healthy all the time because they would be able to go get check-ups and go get taken care of under normal circumstances.

@Ricardus you had me until #4

@SirDHSlammer Well get used to it, because without it, we can't have nice things.

@Ricardus how did anyone survive before medical insurance?

Universal healthcare is precisely what the medical insurance complex dreams about. Who wrote Obamacare?

@SirDHSlammer No private for-profit insurers. Do you have any grasp what we're talking about here?

@Ricardus “without [universal healthcare] we cant have nice things” are the words of someone suffering Stockholm syndrome.